The starting point of the analysis of blood deposited on a blotting paper was in 1960 with the test of Guthrie, a screening test of the serious diseases in the infant (cystic fibrosis, phenylketonuria, drepanocytose, congenital hypothyroidism, congenital hyperplasia of the suprarenals), starting from one blood drop taken from the heel or  the back of the infant’s hand. 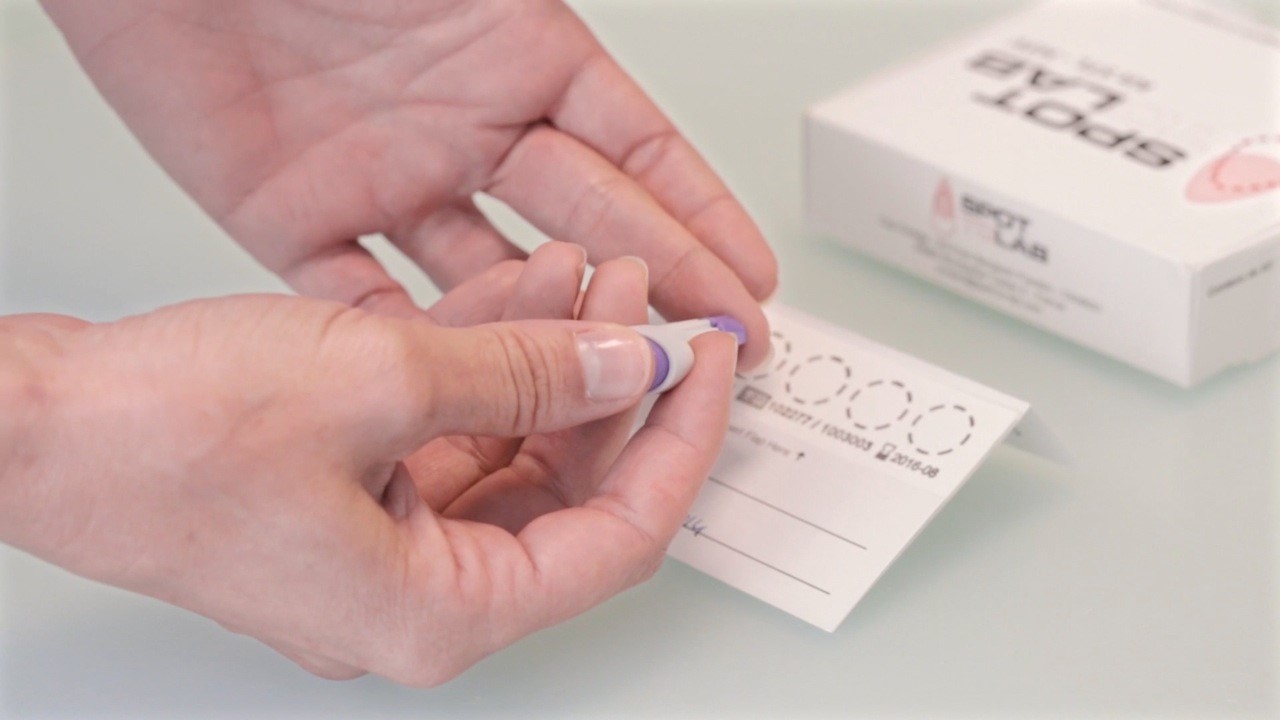 In the early 90’s the medical teams of Montpellier have thought about this noninvasive test within the framework of the tracking of  the virus of the AIDS for   the babies for whom to take 2 milliliters of blood is difficult, it’s the same problem for the drug addicts or the elderly people whose venous capital is seriously decreased.

At present, the capillary screening on blotting paper allows the access to the sampling of blood in difficult situations such as the venous precariousness (at the drug addicts or the elderly), the geographical distance or the problems of transport and storage.

Advantage of the DBS: